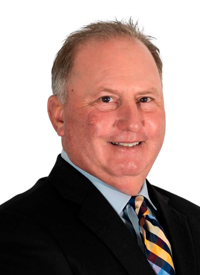 David Mix was born and raised in Fayetteville, and when he was 20, while attending the University of Arkansas, he was starting off in the financial industry, working part time at McIIroy Bank & Trust in his hometown.

But an offer from a family friend, a Fayetteville real estate broker named Dave Fulton, helped put Mix on the real estate path, a road he has followed ever since.

“I went to work for Dave in 1982 and I’ve never looked back,” Mix recalled. I’ve worked in real estate for 37 years, now the question is, can I do it for another 30 years? That’s kind of my goal. There’s not a better career to have.”

It’s hard to argue with Mix, who – when he was just 27 years old – partnered with Mary Bassett to launch his own real estate firm. “Mary and I have been partners now for over 32 years.”

The company was founded with intentions of developing its niche in the city of Fayetteville, but it has grown to include markets throughout Northwest Arkansas.

Bassett Mix is annually one of the 10 largest full-service firms in the area in terms of residential volume and has done so with a philosophy of maintaining what Mix calls a manageable number of Realtors®.

Within a few agents either way, Bassett Mix generally has about 30 agents at a given time, a philosophy Mix said was settled on many years ago.

“Other companies grew to have 100 or 200 agents, but Mary and I wanted to have more of a family-orientated business, “Mix explained. “We actually had a chance to buy a really big building once and grow that way and gain more market share, but we thought we should just stay where we are. It’s probably one of the best decisions we ever made.”

Mix, a member of the Northwest Arkansas Business Journal’s 2001 Forty under 40 class, said the philosophy has created continuity among employees. Seven agents have been with the company since its founding, and several others have been with Bassett Mix for more than a decade.

Mix added the firm’s greatest achievement is maintaining a high level of respect in the real estate industry. The standard he sets for his company is reflected in his own personal philosophy of what it takes to be successful.

“It’s not about houses, it’s about people,” he said. “I strongly believe that it’s not a sales business, it’s a people business. If you don’t treat people like you want to be treated, you won’t be successful. And it’s not just [with] customers, it’s with other agents, other brokers. It’s how you relate. Fifty percent of your business is going to be delivered to you from another agent. You’ve got to have the ability to deal with people in a great manner.”

Along with established neighborhoods including Candlewood, Savanna Estates, Covington Park, Waterford Estates, Stone Mountain, Summersby, Hughmount Village, The Hamptons, and Stonebridge Meadows, we serve all of Northwest Arkansas and the surrounding communities.

Mix has served on several agent-related advisory committees through the years, and he can often be found at Fayetteville Country Club, where he has played golf since he was a kid. “Growing up here I can remember riding my bicycle down College Avenue. My father was born and raised on Rebecca and Johnson Streets. There’s a lot of history here with my family. I attended Root Elementary School, Woodland Junior High, and played on the 1978 State Championship basketball team. Sports have always been a big part of my life and I know I have developed my work ethic and determination from playing Basketball, Golf, Tennis, and Baseball.”

As for the future, Mix is a Fayetteville guy through and through.

“I am hoping one day to live in a condo on Dickson Street,” he said. “I’ve never left, and I want to live here my whole life.”

OR fill out this form: